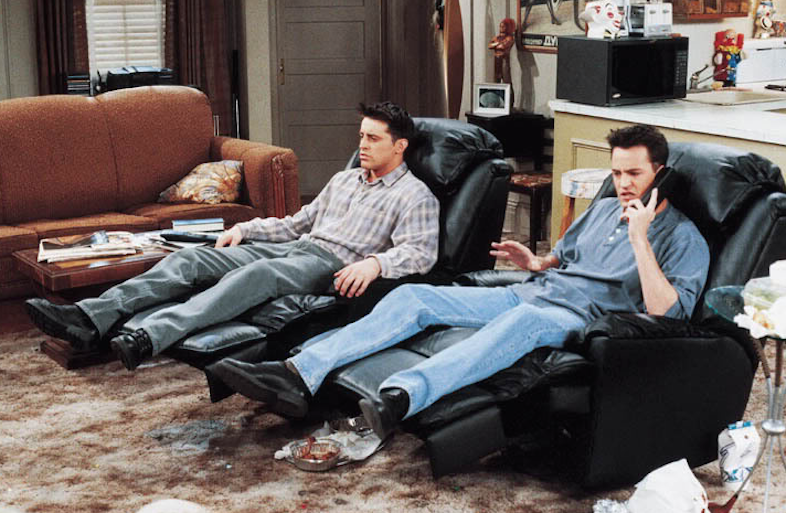 1. You speak in unison unintentionally at least once a day.

2. You act out your stories and know the idiosyncrasies of how the other person is going to describe a situation.

3. And then you do impressions of each other by mimicking them while standing directly behind them…. Even when there’s no one else in the room to watch.

4. You remember what they did yesterday, what they had to eat and when because they recounted literally every detail of their day to you.

5. They are always a character in your stories, even if they weren’t there, because you always just assume they were.

6. Your banter is on another level. It’s a beautifully smooth give and take and it’s especially hilarious because you can anticipate what they’re going to say next.

7. When your roommate is gone for more than an hour, you cook up a crazy elaborate scheme of what they were probably doing and tell all of your friends how worried you are about your roommate. Then you find out that they were just stuck in traffic or at a doctor’s appointment.

8. When you come home and they ate dinner without you, you’re a sad puppy for the next 3 hours.

9. You have a friend, or another roommate, whose life serves as comic relief because they are always dating three people at once à la Barney Stinson, or are just generally a hot mess.

11. You text each other while you’re in the same room about the other people in the room.

12. They need to screen your new boyfriend, girlfriend, friend and even the random coworker that you occasionally go to happy hour with.

13. You go on adventures. You plan them out meticulously beforehand only to have them go terribly wrong.

14. When there are other people in the room, you’ll signal to your roommate with elaborate hand gestures or eyebrow raises and it elicits an “OH MY GOD”-type reaction from them because they know exactly what it means and they need more details immediately.

15. You feel like you’re semi-cheating on your roommates if you hang out with someone else for the night. The next morning you talk about the night before as if the distance caused you pain and heartache, because it did.

16. You ALWAYS take their side even if they’re blatantly wrong

17. You and one of your roommates will go out of your way to fuck with another roommate or friend. You always think it’s going to end well, but it turns into a complete trainwreck halfway through.

18. Your apartment is filled with weird memorabilia that everyone else hates but that you’re both incredibly attached to.

19. You’re thinking of starting a sketch comedy group together. (Unless you live in LA, in which case you already have.)

20. You have their parents’ numbers in your phone and when you roommate comes home you go, “I chatted with your mom today. She says hi.” Sometimes you take pictures, or the occasionally selfie, just to send them to your roommate’s parents.

21. At least once a week you comment on how hilarious you guys are and how your lives should TOTALLY come with a laugh track.